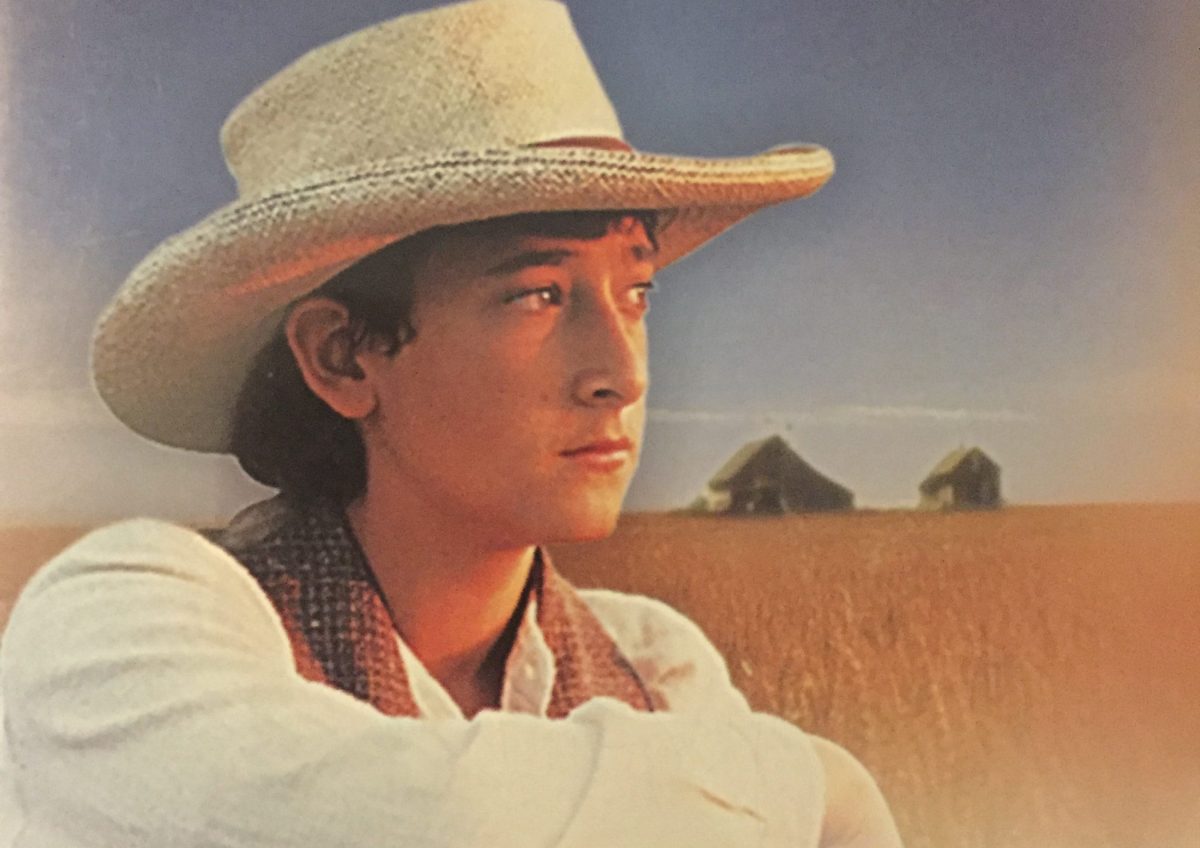 Genre: A family drama about farm life and values, similar in tone to say, “Old Yeller” or “Where the Red Fern Grows.”

Note: I did a deep dive on this one, mostly because it’s not that common of a movie. I figured, in this case, “spoilers” are helpful.

Billy is a tough troublemaker from New York, trying to fit in with a Swedish immigrant family on a farm in Nebraska. There are some bumps along the way, but the story of Billy’s transformation plays out nicely in the film’s short run time.

As we start out, a prologue (black screen, white text and a voice over) provides some background to the story. “From 1853 to 1929,” the voice explains, “over [150,000] homeless orphans were sent west to new homes and new lives on ‘orphan trains.'”

We then open on New York City, 1882. There, we are introduced to Billy (Adrien Brody), who is petting and speaking to a carriage horse named Susie. He then greets customers boarding a carriage, who fail to place a tip in Billy’s outstretched hand.

Billy, disappointed, looks to his friend Danny (Joel Savani), who nods toward a “mark,” a drunk man walking down the alley. Billy approaches, asking the man for the time, at which point he steals the man’s watch. Billy, Danny and another unnamed boy are caught and sent away in juvenile detention. We see Billy receiving a buzz cut, which has grown out by the end of the montage, I would estimate his sentence had been about six months.

In the next section of the film, we learn Billy’s mother died when he was seven and he has no idea where his father is. We also learn Billy has quite an extensive criminal history for only being 13 years old. It is recommended he be sent to Nebraska on the “orphan train,” in order to be rehabilitated. Billy agrees only upon learning his friend Danny (Joel Savani, who does well in the role) is also going.

Adrien’s facial expressions, as always, really nail what his character is feeling in this scene. Defiance, nervousness, confusion, and finally, acceptance of his current fate.

Next, we are shown a small farming community, ahead of the train’s arrival. The local farmers sit around looking at and reading from a flyer about the orphan train. They discuss how taking in an orphan means free labor on their farms.

It is at this time we are introduced to Nils (pronounced “Neels”) Anderson (Frank Converse), who tells the other farmers he doesn’t believe it’s right to take in a child for the sole purpose of free labor.

We are reintroduced to Billy (Brody) as he is being escorted off the “orphan train” by the conductor, who yells at him for trying to pick his pocket. An older woman is seen shaking her head, as if to say, “I’m not taking that one.” Indeed, no one chooses Billy.

When he sees Billy standing alone on the train platform after every other child has been chosen, Nils can’t bear to leave him there.

Nils takes Billy to the Anderson farm and they are met by Nils’ wife Christina (Caroline Lagerfelt) and the couple’s young son, Olaf (Sasha Radetsky). Christina is clearly very surprised and a bit upset to see Billy, when the Andersons had agreed not to take in any of the orphans. They have an exchange in Swedish, at the end of which, she asks, in a heartbroken tone, “no one wanted him?” Nils then tells her it is their “Christian duty” to take Billy in. She seems satisfied with that answer and questions the decision no further. Olaf takes to Billy immediately and begins asking him rapid-fire questions and excitedly showing him around the farm.

We learn that Olaf had an older brother named Christian, who had died of Typhoid in his late teens. This has, understandably, left a void in the family’s hearts. Billy’s presence seems to be of some comfort to both Christina and Olaf. Nils, we learn later in the film, feels his family may be trying to replace Christian by showing affection for Billy.

This film feels like something you might be shown in Sunday School as a child. There are references to the Christian religion throughout, including a hilarious scene with Billy in church listening to (and staring up at) a pastor preaching very passionately in Swedish. Billy’s face is a wonderful mix of confused and intimidated, as if he is wondering whether he’s being personally threatened with damnation or not.

Despite the somewhat schmaltzy (at times) feel of the film, Brody, Converse and Lagerfelt clearly know what they are doing and convey the emotions required of their characters. Radetsky is a slightly more limited actor, but given his age (10-11, depending upon when it was filmed), much of that can be forgiven. He succeeds at making Olaf a very sweet and lovable character. He’s good at expressing emotion, he’s just a bit awkward with his line delivery and some mannerisms.

As for the story, the main conflict is the butting of heads between Nils and Billy. Both are stubborn and set in their (very different) ways, which leads to a few flare ups. During one such altercation, Billy accuses Nils of taking him in only to have someone else to do chores. Nils responds that this isn’t true. The reason, he says, is that when he saw him standing on the train platform, he thought Billy wished to have a fresh start in life.

Through montages, we see Billy gradually becoming more skilled at farm chores. He starts out comically awkward (and nauseated), but is later shown sharing the workload more comfortably. The music used in these montages is whimsical and almost stereotypically “western.” It fits well with the feel of the film.

As the film draws to its climax, the bond Billy and Nils have finally begun forming appears to crack. At one point, Nils tells Billy he will be sent back to New York, because things are not working out. Billy runs away to avoid being sent away, but a chain of events quickly brings him back to the Andersons and into their hearts for good.

An impassioned speech Billy gives to the Andersons (in the pouring rain, following a near tragedy) is very touching and changes the entire course of the film very quickly. Of course, with a 59-minute running time, that was more or less the only option.

Part of the Family

The last act shows Billy competing in a local horse pull competition (which he has been training for throughout the film). By this time, Billy is clearly considered to be a full-fledged member of the Anderson family and competes as such. The horse pull sequence serves as a last bit of excitement for the film, but more importantly, it shows how much Billy has grown as a person and how accepted he feels. He has a home at last.

Generally, this film is enjoyable and conveys some life lessons for children watching with their families. This is clearly its intended purpose, judging by the way the film is packaged and presented.

I would recommend this film to fellow Brody fans, if only because it was his very first film. Seeing where he started is very interesting. Seeing him at age 14 is also very sweet.

Contributor to MovieBabble.com, owner of EveryBrodyMovie.com. Hopefully the future writer of something that becomes a fandom. View all posts by P.M. Henderson

2 thoughts on “Home At Last”