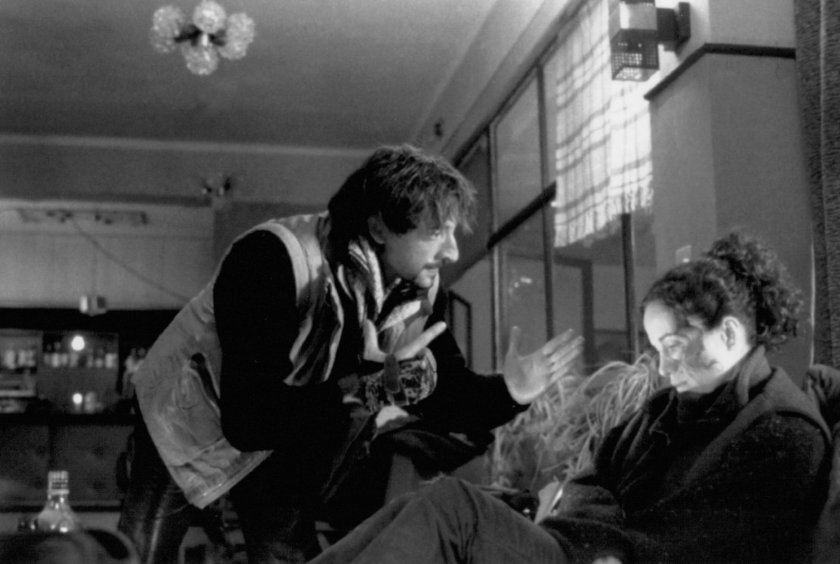 Harrison Lloyd (the absolutely remarkable David Strathairn) is a Pulitzer Prize-winning photojournalist whose demanding work has put a strain on his relationship with his wife and children (especially with his son, Cesar). He is also just plain burnt out. He’d much rather be home, caring for his prized greenhouse flowers (hence the title).

Harrison announces his retirement to his boss, but is asked to fill in at the last minute for an injured colleague. The assignment is in Yugoslavia, at the peak of the war in 1991.

Harrison has reportedly died in the field, but his wife Sarah (played by Andie MacDowell) refuses to accept that. She starts watching television coverage of the war to a nearly obsessive degree, until she spots someone (alive) she believes is her husband. She sets out to the devastated town of Vukovar in order to find him.

While there, she ends up making contact with a group of other journalists from various parts of the world. One happens to be Kyle Morris (Adrien Brody), a bitter young photographer with a drug problem, with whom Harrison argued shortly before leaving on his assignment. Kyle is very upset to see Sarah Lloyd there and tells her in no uncertain terms that she is out of her mind. He eventually agrees to help her look for Harrison, once it becomes clear she has no plans to let any warnings or obstacles stop her.

There really aren’t very many flaws in this film. There are some over-acting moments (MacDowell on one occasion, Brody on another), but nothing too distracting. Some of the dialog could have been smoother, and a bit less F-bomb-laden (then again, that last bit is a personal preference).

The film’s pace drags a bit in the last half, but I honestly feel that is done purposely, so that we can feel the emotional toll the events are taking on the characters. How they are slowing down with fatigue and too much exposure to trauma. It’s also hard to watch at times, violence wise, but I feel it should be. This war deserved to be acknowledged as such, rather than being written off as a series of “ethnic skirmishes.”

What I Liked Most

I really loved the overall theme of the film. The connection of a married couple surviving physical separation. The greenhouse flowers being used as a metaphor of sorts for Sarah (the main character, portrayed by Andie MacDowell). The strength of Sarah’s love. The strength of Sarah in general.

I enjoyed seeing Adrien working alongside Elias Koteas again, with whom he starred in The Thin Red Line. It is always nice for me to see people in movies together more than once. Brendan Gleeson, with whom Adrien has an amazing chemistry here, will eventually star with him in The Village, though they don’t really interact much in the latter film.

Kyle Morris is one of my favorite Adrien Brody characters. He is both flawed and heroic, out for himself and selfless, disheveled and beautiful. It’s such a great balance, because he’s more like a real person, not just a caricature. That’s one of the things I love most about Adrien’s work (which I’ve said before, I know) — the nuances.

I appreciated learning more about this war and the devastation it really caused, because as an American teen at the time it took place, I really hadn’t known much. The characters are fictional, but the events are very much real.

Contributor to MovieBabble.com, owner of EveryBrodyMovie.com. Hopefully the future writer of something that becomes a fandom. View all posts by Patricia Henderson